Seeking stronger engagement with the Pacific Islands, India today announced a 75 million USD line of credit for Fiji for a co-generation power plant and upgrading the sugar industry and also a five million USD fund to develop its villages even as the two countries agreed to expand their Defence and Security cooperation.- PTI

The Minister informed that India ranks world number two in fish production and also the second highest aquaculture country in the world. India with a fishermen population of 14.5 million and a coastal line of 8118 kilometers can rise to be a major player in the world fisheries. India also has a fleet of 200,000 fishing vessels and last year has exported fish worth 5 billion US dollars. The Minister informed that India has a vast area of unutilized and untapped Inland water resources and is short of for quality fish seed and formulated fish feed and government will focus on filling the critical gaps. He informed that the Government has announced a new scheme "Blue Revolution-Inland Fisheries" in the last budget session and the Government is likely to launch very soon a programme to usher in Blue Revolution in the country. Even though the per capita income consumption in the world for fish is 18 kilograms per annum, India stands at 8 kilograms. India currently produces 9.58 million metric tonnes of fish out of which 64% of production is Inland and 36% is from marine sources. The Minister also informed that the fisheries can be an engine of growth due to high growth rates of 7.9% in Inland fisheries last year. He also informed that Fisheries sector in our country is a small scale nature with vast majorities of stakeholders along the value chain from production to consumption. In India, fisheries is recognized as a powerful income and employment generator as it stimulates growth of a number of subsidiary sectors. Fisheries in both inland and marine waters have been contributing as an important source of livelihood and supplies nutritious protein for the growing population. In fact, with exponential increase in human populations, the food demand, shrinkage of cultivable land and decline in the agricultural productivity, role of fisheries sector to fulfill the growing demand for food is of paramount importance for nutritional security. From a mere traditional activity years ago, the fisheries sector has transformed into a significant commercial enterprise with an impressive growth in recent times. As per the latest FAO statistics released in 2014 (The State of World Fisheries and Aquaculture 2014), the global fish production has reached to 158 million tonnes, with food fish supply increasing at an average annual rate of 3.2 percent, outpacing world population growth at 1.6 percent. (PIB)

NDDB Sanctioned 42 Dairy Projects for 12 States Worth about Rs. 221 crore


National Dairy Development Board has sanctioned 42 sub-projects with a total outlay of Rs. 22102.72 lakh for 12 States, which include, Bihar, Gujarat, Haryana, Karnataka, Madhya Pradesh, Maharashtra, Orissa, Punjab, Tamil Nadu, Uttar Pradesh, Uttarakhand and West Bengal. Out of this amount Rs. 15895.02 lakh has been sanctioned as grant assistance and Rs. 6207.70 lakh as share of End Implementing Agencies (EIAs). This has been made possible because of special efforts and initiative taken by Union Agriculture Minister, Shri Radha Mohan Singh. These 42 sub-projects would be implemented for activities like Fodder Development (9 projects), Ration Balancing Programme (13 projects), Village Based Milk Procurement System (14 projects), Embryo transfer (4 projects), import of bulls (1 project) and strengthening of Semen station (1 project). These projects have been sanctioned under the National Dairy Plan-I (NDP-I), which was launched during March 2012 for implementation during 2011-12 to 2016-17 with the following objectives:

The scheme is being implemented by NDDB through end implementing agencies (EIAs) comprising State Government, State Livestock Boards, State Cooperative Dairy Federations, District Cooperative Milk Producer Unions, Cooperative forms of enterprises such as Producer Companies, Trusts (NGO's, Section 25 companies), subsidiary of statutory bodies, ICAR Institutes and Veterinary/Dairy Institutes/Universities and any other entity as may be decided by the National Steering Committee to be set up under the Plan.

NDP-I would focus on areas with higher potential in the 14 major milk producing States of Uttar Pradesh, Punjab, Haryana, Gujarat, Rajasthan, Madhya Pradesh, Bihar, West Bengal, Maharashtra, Karnataka, Tamil Nadu, Andhra Pradesh, Orissa and Kerala constituting 90% of the milk production. Coverage of NDP I will however be across the country in terms of benefits accruing from the scheme. (PIB)

Union Agriculture Minister, Shri Radha Mohan Singh in a meeting held in New Delhi today asked Cotton Corporation of India to protect the interest of cotton farmers by ensuring procurement of cotton at Minimum Support Price (MSP) in the four cotton growing States, namely, Telangana, Andhra Pradesh, Maharashtra and Gujarat. The meeting was attended by Ministers of State for Agriculture, Shri Mohanbhai Kalyanjibhai Kundariya, Dr. Sanjeev Kumar Balyan, MoS (I/c) Commerce and Industry, Smt. Nirmala Sitharaman, MoS (I/c) Labour and Employment, Shri Bandaru Dattatreya, MoS (I/c) Textiles, Shri Santosh Gangwar and senior officers of the concerned Ministries, CCI and NAFED. Shri Radha Mohan Singh expressed his concern over the reports of sale of cotton in the States of Telangana and Andhra Pradesh allegedly below the MSP. Explaining the cotton scenario in the country CCI, CMD informed that CCI has taken all possible steps to increase the number of procurement centres. He told that since CCI does not have any authority to appoint any cooperative federation to act as its agent, Ministry of Agriculture may kindly look into the possibility of enhancing the Government guarantee limit of NAFED for facilitating them to appoint State Agency i.e. Maharashtra federation. After detailed deliberations Agriculture Minister, Shri Singh directed CCI to release an advertisement giving details of the present number of procurement centres, their locations extra. He also instructed CCI to increase their manpower including technical personnel so that procurement of cotton may be done effectively. In addition to this, periodic press briefings may be held to give impression to the farmers that CCI avenues for procurement are at their doorsteps.

Shri Singh also suggested that in order to check exploitation of farmers by middleman in connivance with State Government officials surprise checks by senior officers should be conducted and senior officers should stay for a longer period in the field so that farmer's interests are safeguarded fully and they don't take recourse to distress sale of cotton. Shri Singh further directed CCI that Members of Parliament of all the concerned States should be informed through letters about the steps taken by CCI to avoid distress sale of cotton by farmers and the suggestions of MPs to deal with this problems should also be invited. Shri Singh further added that CCI should give wide publicity to the effect that export of cotton is open and they should give details of procurement so far in Telangana and Andhra Pradesh. It should also be publicised that procurement of cotton is going to take place in Maharashtra and Gujarat in a couple of days.

Commerce and Industry Minister stressed the need to establish a direct link between the buyer i.e (Government Procurement Agency) and the farmers. The CCI assured that the concerns raised in the meeting about the percentage of moistures in the cotton during initial procurement, quality losses due to gunny bags and increase in number of procurement centres will be taken care of and all possible steps will be taken to protect the interests of the farmers. During the meeting Secretary, Commerce emphasised the need for exploring the possibility of new markets like Bangladesh, Vietnam, Turkey and Indonesia and long-term cotton export agreement with these countries. - PIB

India and New Zealand Agree to give Fillip to Bilateral Trade

New Zealand Minister of Primary Industries, Shri Nathan Guy, called on Union Agriculture Minister, Shri Radha Mohan Singh along with a senior level delegation. Welcoming the delegation, Shri Radha Mohan Singh said that there is a great scope for enhancing bilateral cooperation between the two countries in agriculture and allied sectors. Both the countries need to explore possibilities in entering into a bilateral institutional agreement. Shri Singh expressed India's desire to cooperate and learn from the experience of New Zealand in the areas of livestock, processing, cold chain management, animal breeding and germ plasm exchange of apple, cherry etc., as well as kiwi cultivation and its post-harvest management and protected cultivation of high value crops. Shri Radha Mohan Singh further said that India would also be interested in scientific exchanges in the fields of pasture management for sheep management, management of mutton type sheep and exchange of programmes of experts from Government sheep farms.

Stressing the need for increase in India's exports to New Zealand he said that there is a great possibility of New Zealand importing a large number of agricultural commodities such as garlic, grapes, wheat, groundnut, sugar etc. so that bilateral trade between the two countries may be pushed up further. He also emphasized the need for establishing a formal institutional framework of cooperation in the priority areas. Shri Singh referred to nine rounds of negotiations held between the two countries towards examining feasibility for establishing a free trade agreement and comprehensive economic cooperation agreement. He also said that both the countries need to work progressively to resolve phytosanitary issues. Shri Nathan Guy, New Zealand Primary Industries Minister mentioned that New Zealand is already sharing its expertise in the field of IT, hospitality and tourism with India. He also assured that New Zealand will do its level best towards establishing a free trade agreement.

Shri Radha Mohan Singh requested New Zealand to extend its cooperation in setting up of an Indian Company named Indian Immunological Limited, which will work in the field of controlling disease in animals through vaccination. Shri Singh wished New Zealand a big success for organizing the Mega event of Cricket World Cup in 2015. - PIB

Aiming to weed out archaic laws and committees, the Food Ministry has decided to disband the 56-year-old Development Council for Sugar Industry (DCSI) saying the statutory body is no longer relevant after the decontrol and de-licensing of the sugar sector. DCSI was set up in 1954 under the Industries (Development and Regulation) Act. The Council looked into issuance of licences for setting up new sugar mills and other issues related to the sector. DCSI has normally been reconstituted on the expiry of a two-year tenure. "DCSI has no relevance today, especially after the sugar industry has been de-licensed and decontrolled. There is little rationale in continuing with the council and we have decided not to reconstitute DCSI," a senior Food Ministry official told PTI. The 25-member Council will be disbanded and a notification in this regard will be issued soon, the official said.

That apart, the Food Ministry has decided to do away with a sub-committee on sugar standards functioning under the DCSI. The official said, "Since the Bureau of Indian Standards (BIS) and Food Safety and Standards Authority of India (FSSAI) are looking into the issue of sugar standards, there is no point continuing with the Standing Advisory Committee on Sugar Standards (SACSS) under DCSI." The Ministry has decided that another sub-committee under DCSI, the Standing Research Advisory Committee (SRAC), will be shifted under the existing 'Sugar Development Fund Standing Committee.' The sub-committee will be renamed as 'Grant-in-aid for Research Projects' "This has been done to streamline the committees to avoid confusion," the official said.

The sugar industry was de-licensed in 1998 and the need for a licence to set up new sugar mills was dispensed with. In May 2013, the Government removed some more key controls in the sugar sector. - PTI 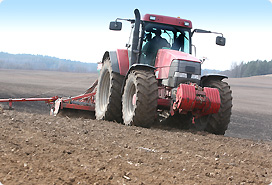 In the process of continual enhancement of agricultural productivity and rural prosperity, we would like to have your opinions and ideas. We want to provide opportunities to build agri communities through an interactive forum to improve services and solutions.So if you are interested in rural prosperity and are willing to share your ideas and views